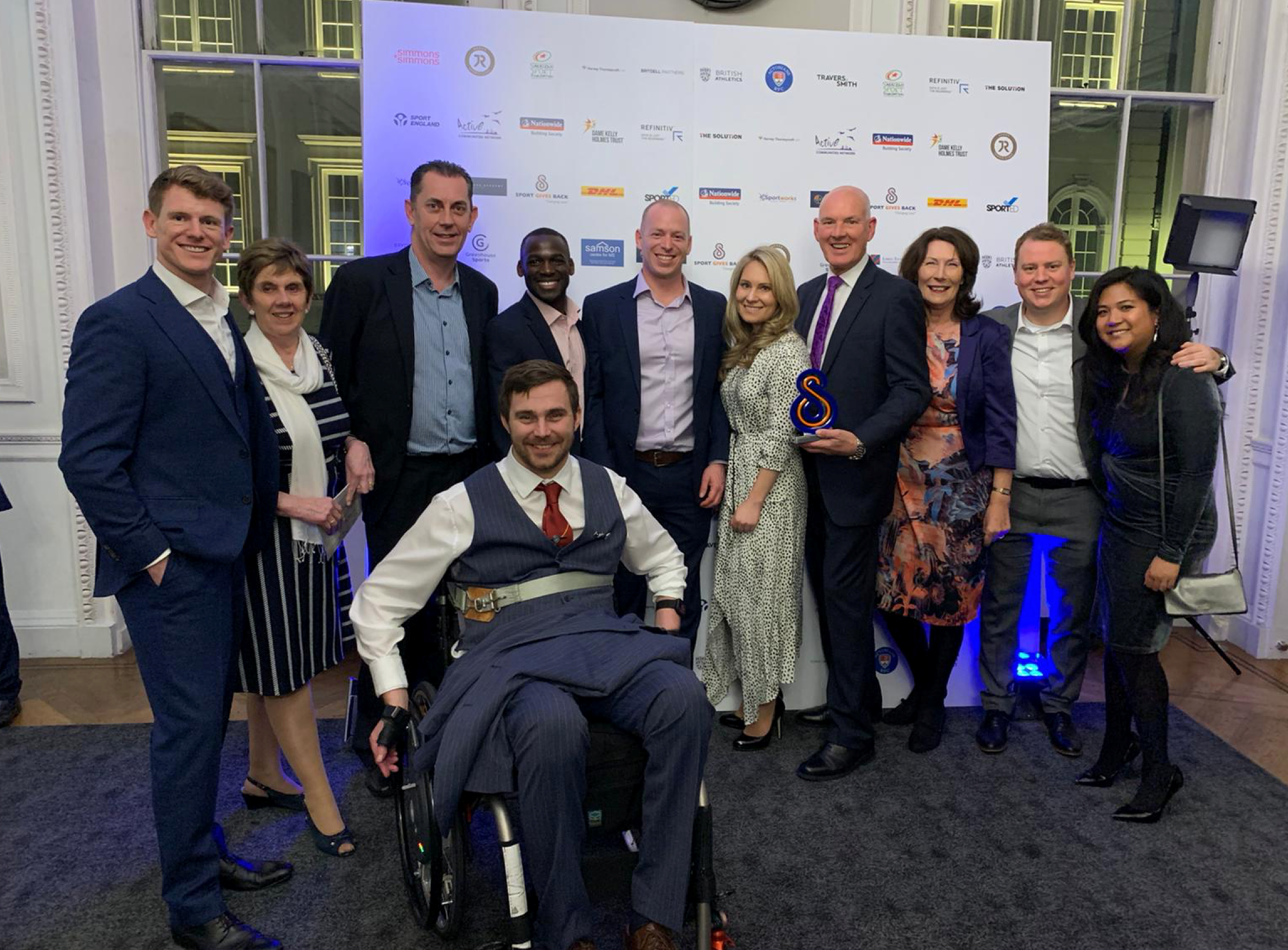 Grass roots heroes, who transform the lives of others through sport, will receive much-deserved national attention as the Sport Gives Back awards are screened on ITV this month.

The inaugural awards ceremony, which was filmed at the Royal Institution in London’s Mayfair, will be broadcast on Tuesday, July 21 at 10.45pm on ITV.

The programme will see charities from across the UK presenting awards to individuals and organisations who work tirelessly to help others.

Award winners include teenager Saadia Abubaker, who has encouraged young women from BAME backgrounds to get active alongside the Youth Sport Trust; Sam Alderson who has overcome his own disability to become a qualified cricket coach for the Lord’s Taverners; and Shotley and Benfieldside Tennis Club, which won the Sportworks award for its engagement with disabled young people living in deprived areas.

Sport Gives Back is the brainchild of former international triple jumper Connie Henry, who won a bronze medal at the Commonwealth Games in 1998. She said: “Sport changed my life as a teenager. It gave me the stability I didn’t have at home and helped me believe I was more then the circumstances I was born into.

“When I retired from athletics, I set up Track Academy, a charity which supports young people from unrepresented sections of society. Track Academy is based in Brent, one of the most deprived boroughs in the country. Over the last decade, we have helped hundreds of students to succeed both on and off the track.

“I realised that there was no platform where charities and organisations like ours could shout about the amazing work we do through sport. As a result, I decided to set up Sport Gives Back to celebrate those who use sport for social change.”

She added: “Of course, since the ceremony was held in March, the world has completely changed with the Covid-19 pandemic. As a result, many of us have had our eyes opened to the extraordinary work of those on the front line of our daily lives. Sport Gives Back shines a light on unsung heroes, who really do change the lives of other people for the better.”

“I would like to thank ITV for their unyielding support with Sport Gives Back and look forward to seeing this wonderful event grow in the future.”

Lord Coe said: “It’s with great pleasure that I support the Sport Gives Back Awards. Track Academy is a remarkable charity and I have been familiar with the work it undertakes for a number of years. When approached about the initiative to create an awards ceremony that celebrates the UK individuals and organisations that use sport to change lives, it immediately resonated with me.

“I believe passionately that sport is the nation’s greatest social worker. Our opportunity to celebrate the people on the front line is vital.”